Windows 10 is, by and large, a fairly reliable operating system for your Microsoft laptop or desktop computer. Microsoft has gone in hard to keep its operating systems as unified as possible with free upgrades from older Windows installs. Unfortunately, a consequence of Microsoft’s fast releases of updates means that some of them cause problems.

"There are some improvements. At the start of last year, Microsoft said that drivers pending approval will no longer be released at the same time with Windows 10 updates, but so far this year, it seems that updates are just as prone to causing problems as they were before." - https://www.maketecheasier.com/latest-windows-10-update-problems/ 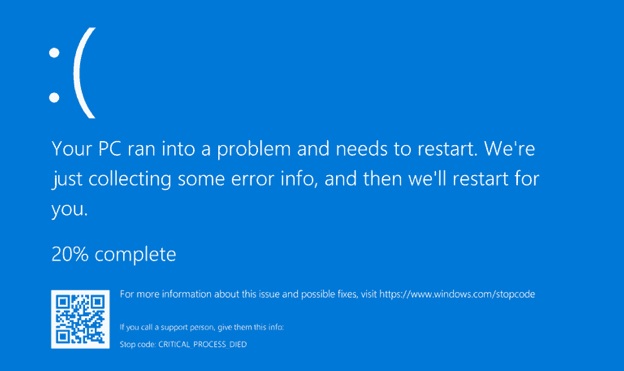 Problems have included BSOD, crashes and losses of sound and printer problems. The solution here is to uninstall the update patch and pause updates on your laptop or desktop until it’s been fixed.

While we wait for Microsoft to fix things, some users have reported that disabling virtualization features, like Hyper-V-Intel virtualization and Windows Sandbox, can help.

If you go to the Windows Update screen (Settings -> Update & Security -> Windows Update -> Check for Update), you may often will see an option called “Optional quality update available.” These updates are designed specifically to deal with problems with recent Windows updates and become “proper” updates a few weeks later once they’ve been thoroughly tested.

These updates are still fairly stable, though, so may be worth a try if a recent update has broken something on Windows 10 for you.
Uninstall Windows 10 Updates

You can uninstall smaller Windows 10 updates (to roll back builds, see the next section) by doing the following:
1. Go to Settings
2. Update & Security
3. View update history
4. Uninstall updates.
5. Windows 10 Update Problems Uninstall Updates
6 In this window, scroll down and you’ll see all the KB and security updates for Windows 10, along with the dates they were installed. 7. Right-click the one you want to uninstall and reboot your PC.

How to Roll Back Windows 10 Builds
After every major update, Windows 10 gives you a ten day window to roll back to a previous version of Windows. It’s a useful feature and hopefully gives you enough time to decide whether you have a problematic update. Of course, this won’t recover your files if Microsoft deletes them (a rare occurrence!), but at least you’ll be on a more stable version of the OS.

Hope that wasn't too confusing! If you get stuck, give us a call!