This is a great story that I am reposting (slightly edited) from Reddit. I hope you enjoy it too...

I was thrust a laptop by an angry exec early this morning with him complaining that his laptop had locked up again. Normally we have a ticketing system in place for any and all computer tech issues. However when an exec wants something he bypasses the system because rank has it's privileges. So I go through the normal routine of computer diagnosis and through my efforts I see that the issue is simply bad ram. I replace the ram and take the unit back to the exec. 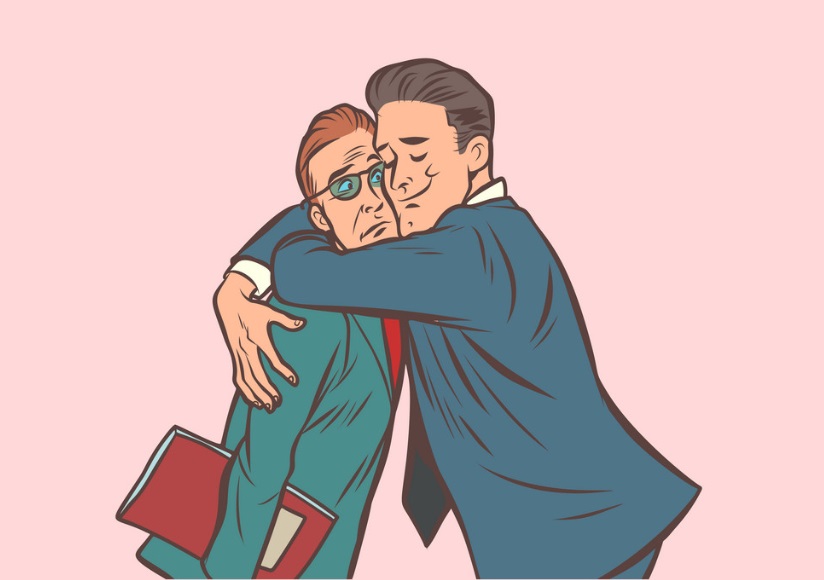 He tells me he refuses to take the unit unless I have made 100 percent sure that everything that was wrong with it is fixed. Internally I wanted to punch this man but I held it in and simply asked him what other issues he was having and pulled out a notepad. He ran through a load of issues that all screamed "just run %$#%# ccleaner" to me and I took his unit back to my desk.

After going through and cleaning out BS installed programs used literally once and never again and cleaning out junk data, I found that a folder in his roaming was reading 12GB but was hidden. I log in with my creds and enable viewing hidden or protected files and I see that the hidden folder was from 2014. Basically it was just a bunch of pictures and looked to be a temp folder created by one of the old programs I removed. Some kind of picture manager or some such.

Normally when we see personal pictures on the machine we are supposed to delete them immediately. Now no one EVER does this as we are not that big of d--ks in the computer repair department (IT). Plus this guy was an exec so I decided to just move the pictures to his desktop under a folder I created called Old Pics.

I took the laptop to him and informed him of the pics telling him I left it up to him if he wanted them deleted or not. He thanked me for my time and I went back to work.

About an hour later him and his wife, who had come up to join him for lunch, came over to my desk. He seemed very happy and she was crying.

Now normally when I have nothing to do and a boss comes over, I stand up to greet them. Just the way I was raised I guess. I was not prepared for what followed and was totally shocked by the outcome.

The lady wanted to thank me for finding the pictures and the exec reached out to shake my hand thanking me profusely before pulling me into a hug in front of the entire IT department. I awkwardly hugged him back and he let me go embarrassed. My eyes are wide flabbergasted and totally unprepared for this, extremely, out of character moment from this guy.

Barely able to hold back the tears, his wife tells me that the pictures I recovered were thought to be lost. In 2012 their 4 year old son had died of lukemia and the pictures I recovered were taken right before his diagnosis at 3 years of age. Because of a house fire a few years ago they thought they lost every last photo of their son. Apparently those were the photos I had recovered.

His wife reached out to hug me and everyone in the IT department stared at their screens hard with puffy eyes as we were all not expecting this kind of emotional event today.

My boss came out of his office to personally thank me and forwarded an email chain to me ahead of a company wide email that the CEO sent out basically retelling the tale while naming me personally. He threw in words about striving for excellence and the unexpected results of every day excellence.

I had to turn off my skype for business as the attaboys kept coming in one after the other. My boss told me to take my lunch early since the flood of messages was making it hard to do my job.