One of our clients brought in a computer that was not starting up. We looked at the laptop and discovered that it was overheating and shutting down. It's a design feature of most computers that if something goes wrong which causes the CPU to overheat the computer will shut down and protect itself from continued damage. But this was weird.

One of our techs opened the laptop to see what was happening. Usually we'd expect to see a CPU with a heatsink attached to it which draws the heat away. Some computers also have a fan to blow air on the heatsink to help keep it cool. There is also some special paste put between the heatsink and the CPU to ensure the best conductivity of heat away from the CPU and into the heatsink.

When a computer is overheating like this, we typically expect to find the paste has dried out, so the CPU needs to be cleaned up and paste re-applied. Occasionally we might find the heatsink has become dislodged. But we've never seen a repair like this before!

A computer repair company in Christchurch (who we won't name, cos that's not nice!) had used a piece of a COKE CAN between the CPU and the heatsink to make the whole thing fit together. 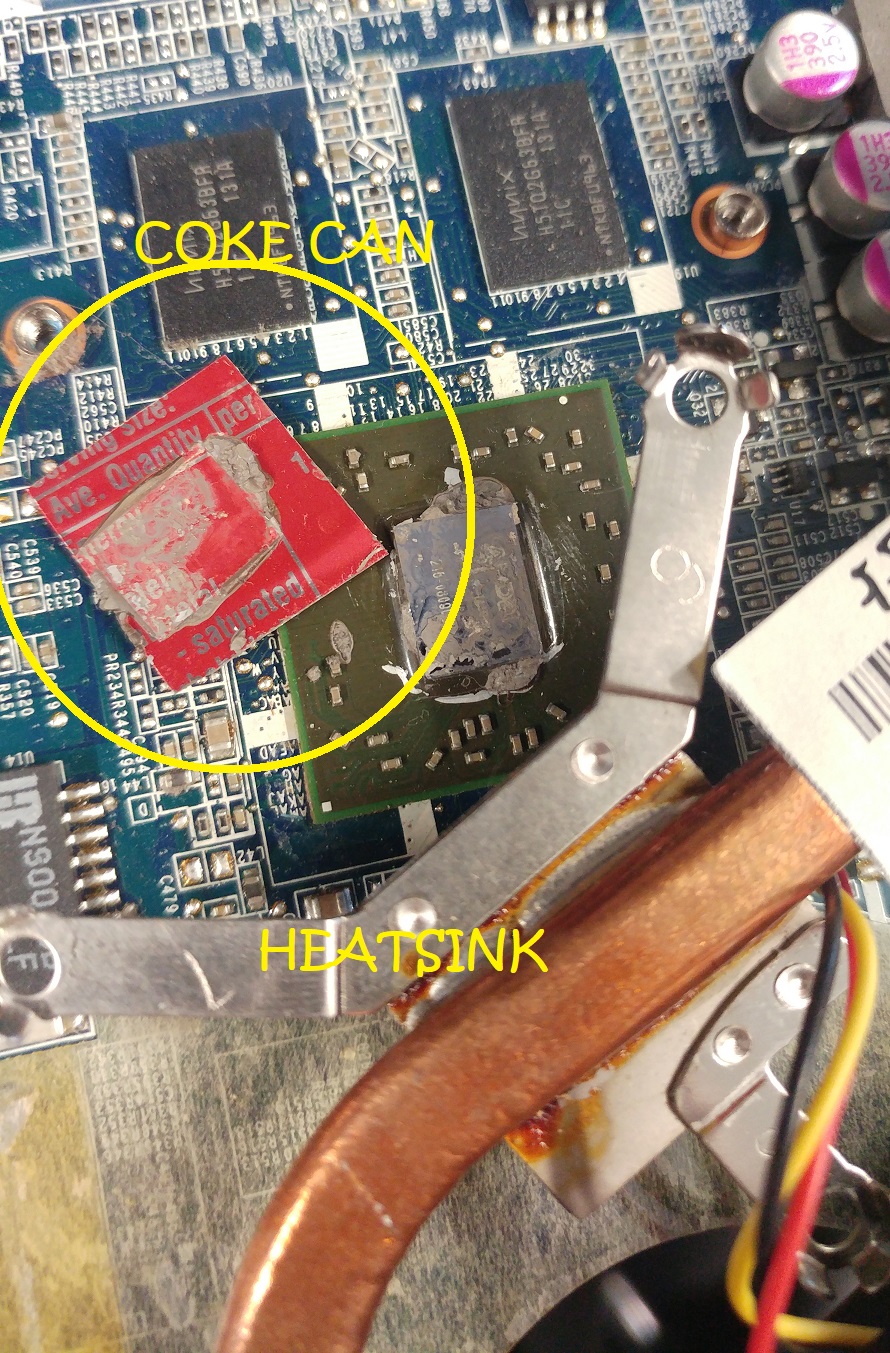 This is crazy for 3 reasons...

Of course, mistakes happen. Things can go wrong. We have made our share muck ups too and of course offered our 100% or 120% money back guarantee where required. But doing something deliberately like this...

Anyway, we managed to sort things out. But it was sad for the client to know such a bad job had been done and was hidden away "under the hood". Watch out for people that are casual in their approach to the small things. They are a good indicator of their approach to the big things. Interesting side story - we had a guy apply for a job with us as computer repair technician but had 13 spelling and grammatical errors in his application. If he can't make the effort to run the spell checker, then what else can't he be bothered doing properly? Postscript, even though Google reviews are for customers he wrote a review and gave us 1 star. It's my favourite review. Check it out.

Thanks for reading. Matthew