The other day, my phone wanted to do an update. In fact it had been pestering me continually. Turns out it wanted to do a 1 gig update, which on my 16 gig phone with only half a gig of free space wasn't going to happen. It seemed an excessively large update, but I cleared the photos off my phone and allowed the update to go through.
Now, to me, an update should be something that improves my experience and perhaps also fixes some security issues that I am not aware of. It may well have done the latter but it did not do the former. 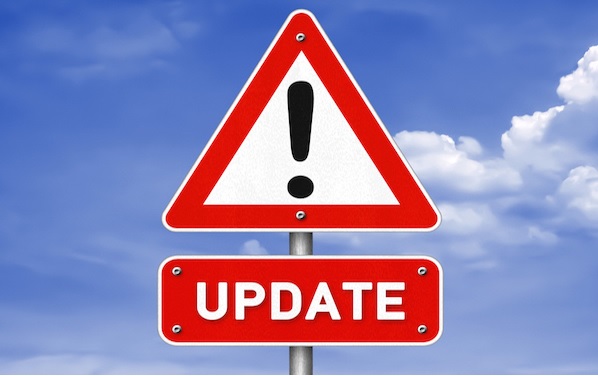 For example, what advantage did I gain with the small clock up the top being moved from the right side to the left side. None. In fact less than none, because now I have to waste time looking for it and getting used to the new position. Over and over I have found many things that had no PURPOSE in being moved or changed being moved and changed!
And even worse, the battery life is less now and the computing power of the phone is slowed right up!
Microsoft Windows and Apple also do updates for your computer (laptop, macbook, desktop or iMac) and they can be frustrating too. Thankfully they don't usually cause nearly the drama this Android update caused me but they definetely have their moments!
Funnily enough most of the problems we have repaired with "update" issues have been caused by 3rd party problems. For example, Norton Antivirus and AVG have caused significant issues with almost every major update, to the point that we recommend that if you have those programs (and several others besides) that you remove them ASAP.

So what does Apple and Microsoft hope to achieve when they release these updates?
First, they are hoping to correct mistakes in previous releases of their software, some of which can pose a security risk.
Second, they hope to bring new features and improvements and keep up with the latest hardware (remember: a completely different group of people make the hardware that the computer's operating system goes on. I hope they talk!)
Generally what we recommend is that you update to the SECOND latest release of updates. You can do this on a professional version of Windows by implementing the "defer updates" feature. We'd suggest 60 days. This means any updates that come out aren't immediately installed, but it will wait 60 days. This gives Microsoft a chance to sort out the problems if they make a mistake. If you have a home edition software, this isn't possible. :(
On Apple the only way to do it (that isn't overly complex) is to turn off automatic updates and then do updates manually. You could use this technique for Windows Home too.

So why, with all the pain they cause, would you ever do an update?? Because if you don't, eventually websites, and especially ones that require a password, won't let you in. That's a pretty big reason. The second, is similar...viruses. Antivirus will only do so much. If your AV is up-to-date but your Operating System is out of date it is a bit like locking the door when it's wide open.

Lately, it seems like Microsoft has been focusing on just fixing things whereas Samsung still insists on moving things around. Apple has had some trouble with it's latest offering, Catalina, causing all sorts of trouble.

In summary, if you want to be on the internet, you need to update. Avoid 3rd party programs that could cause trouble. Do the update two months after it comes out.

P.S. If you have Windows 7 it needs to be updated to Windows 10 before it expires in January. Call if you need help.